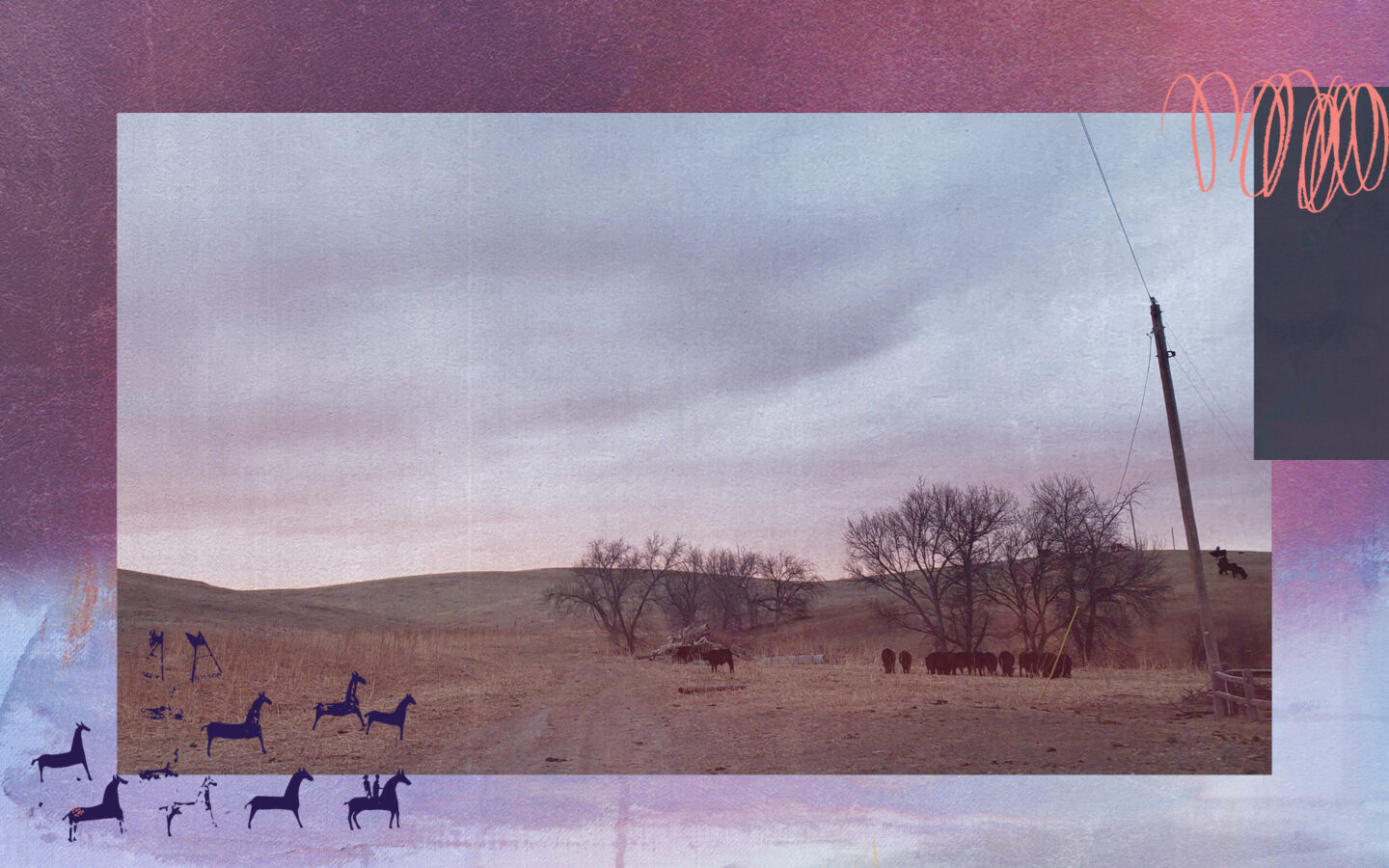 Camp No. 334: This was the name of the 2.8-million-acre stretch of land in South Dakota that held Indigenous prisoners of war in 1889. It is where Native Americans were forcibly relocated by the U.S. army. It is also home to the Oglala Lakota Nation, one of seven bands of the Lakota division of the Great Sioux Nation. Today, that same stretch of land is known as the Pine Ridge Reservation. One of 325 reservations in the United States, Pine Ridge is not just a painful reminder of America’s violent encroachment on Native American lands. The reservation’s hills harbor the trauma of its people, as well as one of the poorest parts of America.

Pine Ridge is also where Whitney Fear, a psychiatric mental health nurse practitioner in Fargo, North Dakota, and subject of the documentary “Who Cares,” grew up. On the reservation, Whitney’s family struggled to survive. As a member of the Oglala Lakota Nation, Whitney’s firsthand knowledge of the barriers to care that Native Americans face informs her culturally appropriate, trauma-informed approach to her patients.

The health inequities the Lakota and other Native Americans face can be traced back centuries. In 1868, the Fort Laramie Treaty guaranteed health care to tribes in exchange for Native American land and resources. But by the 1880s, the Bureau of Indian Affairs offered minimal health services. Native American policy expert David H. DeJong recently told The Argus Leader, “From the start, funding for the health programs was inadequate and largely focused on preventing the spread of infectious disease.” Despite its promises, the U.S. government did nothing to advocate for the wellness of Native Americans. This set the stage for poor health outcomes, for generations to come.

By the end of the 19th century, mistreatment only worsened as the U.S. government forcibly relocated Native Americans onto reservations and forced Native children into boarding schools, pressuring the loss of their language and culture. Removed from the resources of their ancestors, Native Americans had a harder time hunting their usual foods or foraging natural ingredients for traditional medicines on new land, leading to poorer diets and health outcomes. This, research suggests, most likely contributed to the higher rates of illness — such as diabetes, heart disease, cancer and mental health issues — that we see today among Native Americans.

By the 1950s, the Indian Health Service (IHS) officially took over the health care of Native Americans. An agency within the U.S. Department of Health and Human Services, IHS fulfills those treaty obligations of federally funded healthcare for Native Americans. Today, IHS is responsible for the health and wellbeing of 2.2 million Native Americans throughout the United States, but the system faces a chronic lack of funding. In 2014, IHS’s per capita allocation for patient care was about one-third of health care spending nationally per person. Because Congress continues to underfund IHS, IHS hospitals continue to offer limited services. Care provided by IHS facilities is inconsistent at best, widening the health disparity gap even further. Many facilities are short-staffed, and some facilities lack the basic necessities you’d find at an average hospital — such as emergency rooms, advanced imaging machines or Wi-Fi.

All of this puts Native Americans at a disadvantage compared to non-Natives when seeking care. According to Donna Keeler, executive director at South Dakota Urban Indian Health, “a federal prisoner has more health care funding allocated for his care than an urban American Indian does.” Understandably, Native Americans have conflicting feelings and wariness about the services provided by the government, not only from poor experiences of the limited services, but also due to “broken treaties, forced removal from their land and the effort to eradicate Native culture.”

Other barriers to care for Native Americans include long distances to providers and insurance coverage. Most IHS facilities are located in rural settings, making it even more difficult for eligible patients to receive standardized care from IHS providers. Can you imagine waiting two hours for an ambulance? And then, there’s paying for care. According to the Office of Minority Health, 43 percent of Indigenous peoples rely on Medicaid or public health coverage. As recently as 2019, 14.9 percent of Indigenous peoples in the United States had no health insurance at all — more than three times the size of the uninsured white population.

Pine Ridge is not alone in its disadvantages: The Rosebud Indian Reservation, home to Sicangu Sioux, one of the other seven tribes of the Lakota nation, is 135 miles east of Pine Ridge. When his local hospital was likely to lose federal funding, the former Rosebud Sioux President William Kindle told the press, “We’re a third-world country, you know, a third-world country with our health care.”

Systemic disadvantages like these contribute to chronically poor health outcomes among Indigenous peoples, classified by public health researchers as American Indian / Alaska Native (AI/AN). American Indian / Alaska Native (AI/AN) adults were nearly three times as likely to be diagnosed with diabetes in the U.S. than non-Hispanics white adults in 2018, according to the Centers for Disease Control and Prevention (CDC), and twice as likely to experience obesity. In 2019, the rate for tuberculosis was seven times higher for AI/AN individuals, and heart disease was the leading cause of death. This all adds up to Native Americans having the lowest life expectancy of all racial or ethnic groups at 71.8 years, compared to 78.8 years for non-Hispanic whites.

Whitney Fear herself describes growing up on the Pine Ridge Reservation as living in “an ocean of grief,” due to all of the early and frequent loss of life in her community. Whitney is also a living, breathing example of the resilience of the Lakota Nation. Despite all of the pain and suffering, her community’s support and culture also cultivated her hopeful and compassionate approach to care. It’s why she’s dedicated resources and her personal experiences to providing culturally sensitive care for the unique needs of Native Americans, and specifically, the Lakota people in her community of Fargo.

Depending on how nurses encourage or discourage members of different communities to interact with the healthcare system, they may contribute to structural inequities, according to the Future of Nursing report. To make a positive impact, it’s essential for nurses to practice “cultural humility.” In other words: 1) first acknowledge our position of power in a healthcare interaction, 2) have an awareness of potential biases, and 3) take a learning-oriented approach to working with diverse communities. This could look like learning more about the disparities and intergenerational trauma that your patient and their community may continue to face through cultural sensitivity trainings. Studies show that the retention of cultural traditions among Indigenous populations helps heal intergenerational historical trauma and contributes to improved health outcomes. Connecting with local groups who can provide your patient with culturally appropriate social services can also build a valuable partnership in the fight for health equity.

For instance, a program called Family Spirit, out of the Johns Hopkins School of Public Health, will train providers to conduct culturally appropriate home and virtual visits for Native Americans. You can ask your workplace how to become affiliated with organizations like these and expand your patient base into more Native communities. There are also organizations actively working to increase the diversity of providers to reflect Native communities, such as Indians into Medicine. We’ve outlined more resources and partnerships below to help a nurse out.