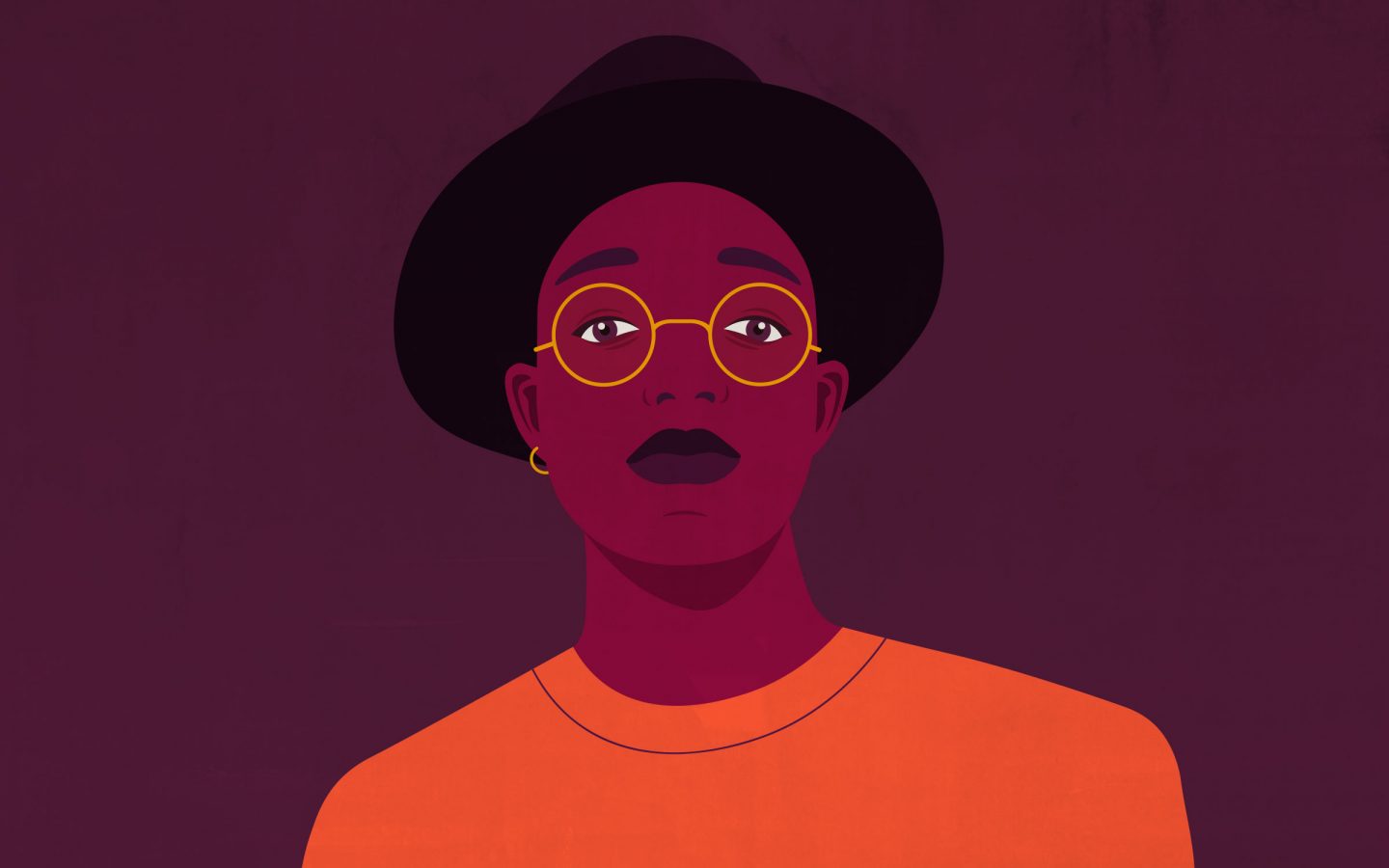 As we’ve talked about on both the podcast and in previous articles, the COVID-19 pandemic has made American health care inequities all too clear. People of color face a higher risk of not only contracting the virus, but also of experiencing severe complications and death. Yet the pandemic isn’t the only example of patients experiencing vastly different outcomes from the same disease — far from it. Researchers have affirmed what nurses already know — there are disturbing differences in the diagnosis and treatments for many diseases, including cancer.

The fact that not all patients are receiving the same treatment is truly frustrating because, as our oncology nurses know, top-of-the-line treatment for cancer continues to improve every year. But the promise that scientific advances hold won’t be fully realized until we can overcome gaps in access to care and the structural racism that prevent patients of color from receiving the best treatments.

Since April is National Minority Health Month, we thought we’d take the opportunity to break down the problem — plus explore what nurses can do to make a difference, both within their current scopes of practice and through advocacy solutions that go one step further. As American Academy of Nursing “Living Legend” Catherine Alicia Georges puts it, “There’s no way you can extricate what’s been going on and the outcomes of the disease from the basic racism and social injustice and inequities that have existed in this country for so many years.”

The facts on cancer and race

Knowing the facts is priority number one. In a 2019 New England Journal of Medicine case study on structural racism in cancer treatment in Chicago, the authors argued that one of the most important things clinicians can do is to “make the invisible visible.”

Some of the most jarring inequities — as well as data and policy recommendations to match —  are laid out in the “Cancer Disparities Chartbook” produced by the American Cancer Society (ACS) Cancer Action Network. We loved this resource and want to share a few of its findings here.

The ACS chartbook goes into much greater detail on disparities in specific cancers, as well as prevention tactics and public policy recommendations on how to make cancer care more equitable in treatment, research, prevention, and other areas.

But what can we, as nurses, do right now to ‘make the invisible visible’ for our patients facing inequitable cancer risks?

A good place to start is understanding the way structural racism undermines our ability to meet the standard of care for cancer, wherever we work. We know that “structural racism” is a complex concept that may not always be top of mind as we deal with the very urgent tasks ahead of us in a shift. But this important force plays out in cancer care.

“People think of racism as interpersonal, which it can be, or as being unconscious, as it can be,” one of the NEJM case study authors, David Ansell, said in 2020. “But what we’re talking about is that it’s structural: It’s actually designed into the way we do our daily work and daily business.” Sound familiar? If you’ve listened to Lovoria William’s episode of SHIFT Talk, that might be why. In talking about racial disparities and the prevalence of certain chronic conditions among the Black population in her community, Lovoria challenged us all to think beyond that “what” and move to the “why.”

“Why is it that the Blacks have more obesity, diabetes or cardiovascular disease? It’s because of the structural racism, the health inequities, that have persisted across this country for 400 years.”

‘An inequality in quality’: One woman’s breast cancer story

In the NEJM case study, structural racism is explained through the story of a 60-year-old Black woman from Chicago. After presenting with a breast lump at one of the city’s busy emergency rooms, she was initially prescribed antibiotics and sent home.

There was no plan for follow-up, the lump didn’t go away, and a general surgeon at the same community hospital recommended a mastectomy. Fortunately, a cancer navigator assigned to the hospital intervened, informing her that a mastectomy is no longer the standard of care and connecting her with proper treatment.

Twelve Chicago hospitals have earned an American College of Surgeons Commission on Cancer Center designation, but just two are located in the largely Black neighborhoods of the city’s South Side. Generations of racism, segregation, poverty, and neglect came together in this woman’s inadequate treatment.

In other words, her experience wasn’t just a matter of individual choices, SHIFT Talkers. Her treatment can ultimately be traced back to racial segregation in Chicago — it’s a classic case of structural racism.

Ansell, who also directs Chicago’s Center for Community Health Equity, has called this gap an “inequality in quality.” He and his co-authors call on nurses (and all clinicians) to start paying attention to situations where cancer treatment isn’t meeting the standard of care, investigating the underlying causes, then challenging the status quo to get patients the care they need. This is something any of us who sees cancer patients is in a position to do.

Robert W. Carlson, CEO of the National Comprehensive Cancer Network, made a similar point to Ansell’s in a STAT article on racial disparities in care. Organizations like NCCN have compiled detailed guidelines on the best treatment for many different cancers. But fewer than 50 percent of patients receive such treatment, and Black patients are much less likely to receive it than non-Hispanic Whites, he writes.

“The current cancer care system is failing Black people,” Carlson wrote. “The oncology community must take time to reflect and begin the hard work of advancing a more equitable and just system of cancer care.”

And we want to note, SHIFT Talkers, that it’s not just oncology nurses who can make a difference. Nurses outside the specialty have opportunities to influence cancer outcomes through thoughtful diagnosis.

Nurses going above and beyond to fight racism: ‘No one is asking you to be perfect’

If you who want to take an even more active role in fighting racial disparities in cancer care, there is ample opportunity. In the above patient story, a program of cancer navigators (including nurses) made all the difference.

Administered by the organization Equal Hope, the cancer navigator program and associated efforts have led to a 14 percent decline in Black women’s mortality from breast cancer in Chicago, while other cities with large Black populations did not see an equivalent decline. Geographic segregation can’t be undone overnight, but well-designed interventions can help make up for some of the health disparities it causes.

Equal Hope has also expanded its role beyond breast cancer, tackling disparities in cervical cancer treatment and other areas. Their website offers a six-step model nurses can use to activate their communities against structural racism in cancer care. This includes many tasks that fit well within our skillsets, such as working with community members to evaluate current gaps in care.

Oncology specialty societies for nurses, of course, also have many resources for taking on racism. In June of last year, for example, the Oncology Nursing Society connected the disparities seen in connection with COVID-19 to cancer care, calling on members to recognize racism as “an insidious disease that affects all aspects of American life.” Many oncology nurses have also shared their stories on the group’s website.

“For me, becoming anti-racist has been an evolutionary process and I have made many mistakes,” wrote one member, Ryne Wilson. “No one is asking you to be perfect. Rather, be open to admitting that racism is embedded in this nation and now is the time to step up and change.”

Check out the following resources to learn more about how you can fight racial inequity in cancer care, no matter where you are in your nursing career:

Nacole Riccaboni is a board-certified RN and nurse practitioner with a passion for professional advocacy and community building. Over the past 11 years of sharing knowledge, she’s earned the trust of thousands of nurses.

Want to join the conversation?