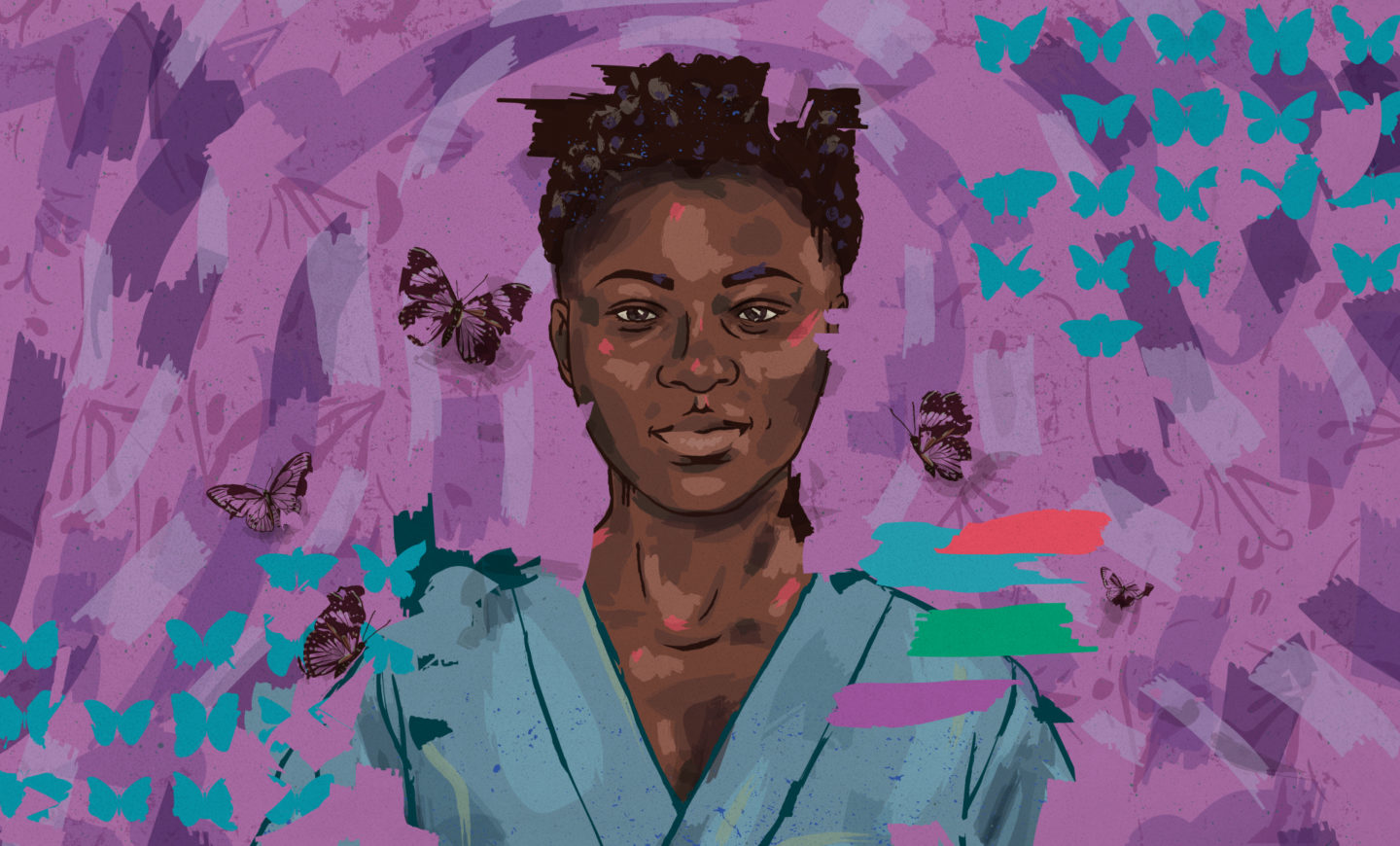 That’s our friend Nikki Greenaway — Nikki always tells it like it is, and that’s what made us fall in love with her as we got to know her in the weeks leading up to this episode. She’s a family nurse practitioner, lactation consultant, postpartum specialist and the founder of a maternal health clinic in New Orleans. All of those roles have played a part in making her into the strong advocate for maternal justice that she is today.

In this first episode with Nikki (keep an ear out for Part 2), she shares what it was like for her coming up in nursing, including the all-too-common tension she experienced with veteran nurses right after she officially graduated nursing school and started working in the hospital where she had trained.

“I’m like, y’all, I’m a real nurse now. And they were like, ‘ah, no, you’re still a student. You’re still learning.’ So they could never see me as their equal … they kind of pat you on the head … I mean, I was a student when I trained here, but I’ve been here for three years and you’re still trying to ‘mom’ me.”

Nikki goes on to describe how when she decided, a few years later, to pursue an advanced degree, she couldn’t get any of these more experienced nurses to write her a letter of recommendation.

“I said, ‘Hey, can you write my recommendation? ‘And they were like, ‘oh ah, we not ready for that yet.’ What do you mean, we?”

Not in a profession where the phrase “eating your young” is so common we don’t even stop to really think about what it means anymore. But we should, because 45 percent of nurses have been bullied by other nurses, and 60 percent of nurses leave their first job due to the behavior of their coworkers. With a nursing shortage on the horizon, these numbers are particularly troubling. Fewer nurses mean more pressure on the ones that stay in the profession.

Nikki didn’t stay at her hospital, but she did stay in nursing and get that letter of recommendation to pursue her advanced degree. Continuing to educate ourselves is so important — for our own sense of self-worth and also for our patients. Research shows that a more highly educated nursing workforce results in higher-quality, more patient-centered care. The Institute of Medicine (now the National Academy of Medicine) set a goal for at least 80 percent of nurses to hold a bachelor’s degree or higher by 2020 — which is this year, by the way.

For Nikki, going back to school to become a nurse practitioner was the right continuing ed move. She was nine months pregnant the day she took her NP certification exam! In fact, it was on her due date, and the proctor threatened to make her leave because she was having contractions during the test. Relieved that it was over and that she’d passed, Nikki did her best to settle in with her new baby. But it was hard, just like it is for so many new moms.

Except, perhaps, for her brother, who challenged her to be the change she wanted to see for moms.

“You see the deficit, how about you be the change that you want to see? … So that’s where my whole Nurse Nikki prenatal, postpartum support career started — from my own postpartum situation.”

Nikki and Nacole first met the day before we recorded the podcast, but you wouldn’t know it from listening — those two became fast friends in an instant and you can actually hear in this episode how much they connected. But don’t take our word for it—give it a listen yourself. And stay tuned for Part 2.

Nikki Greenaway, affectionally known as “Nurse Nikki” by those who follow her on social media, has always forged her own path. Nikki was a pre-med student interning at a hospital in England when the Iraq War broke out. When the doctors left the hospital and the only healthcare providers left were nurses, Nikki had a lightbulb moment, realizing that NPs do almost all the same things doctors do, but using a holistic approach that felt more like her. After pairing her studies in sociology with a nursing degree, Nikki built a career around caring for mothers and babies struggling with homelessness and other sources of health disparity in her home city, New Orleans. A self-dubbed “street nurse,” she was a champion for reproductive and racial justice long before the pandemic. But COVID-19 has hit her community hard and upped the ante for a population that is already at-risk. Nikki is still out advocating for her patients every day, despite the risk to her and her family — “If I don’t do it, who will?” she wonders.

Here’s a list of the resources referenced in this summary — we encourage you to check them out and keep the conversation going about all the options that are open to you in nursing.

A new podcast about the real challenges nurses deal with day in and day out.