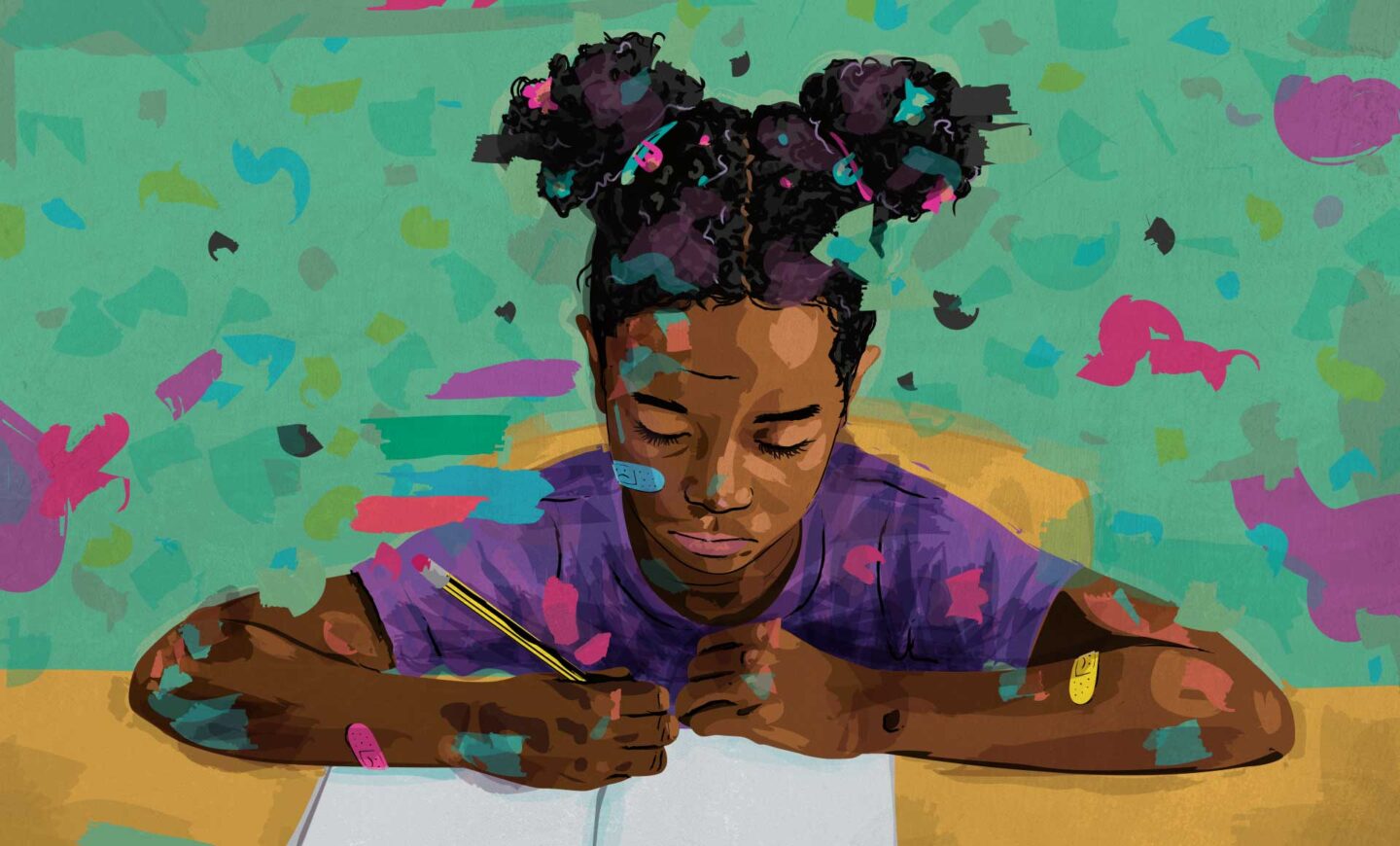 That quote about leadership, from nationally renowned author John Maxwell, is one of Lynne’s favorites. You could even say it’s her mantra, the refrain that she has repeated throughout her long and illustrious nursing career. Today Lynne’s specialty is school nursing, but she spent the first half of her career in the hospital setting, where she quickly rose through the ranks and established herself as a leader. Then she brought the skills she had honed so well at Grady Health System to the Fulton County School System in Georgia in 2000, where she set out to build a school nursing program from scratch.

“I had seven other registered nurses depending on me and looking at me. At that time, I think our school district only had about 73,000 students…back then it seemed to be big and scary and, you know, it still is! But I really took in stride the opportunity and all the skills that I’d learned from being in the hospital setting and being a leader in the hospital. And I will tell you those skills transferred quite nicely to the school district. And I just had my perspective that we were going to start with the end in mind. And that end was that we were going to develop a health services program that would be renowned around the state. And that would be excellent services and programs for our students and staff that we serve. So that was always our goal. And we just kept striving for that goal.”

Some might ask, “Well what’s so hard about school nursing? Isn’t it just giving out ice packs and Band-Aids?” To that Lynne responds with an emphatic “No!” Lynne holds her nurses to a high standard, and advocates for all school nurses to be as current with care practices and medical devices as pediatric nurses in hospital settings. Because they carry a lot of responsibility. In addition to dealing with all the playground injuries and falls in the halls, Lynne’s nurses are responsible for managing kids with chronic conditions, kids with mental health issues, and kids who aren’t safe at home. Not to mention the adults in the building, because when anyone at a school has an emergency, it’s the school nurse who comes to the rescue.

“There’s a lot to school nursing. It’s public health, it’s being a public health nurse, it’s being a pediatric nurse, all rolled into one, but in a school setting. It’s just that we’re not in a health care organization or hospital, but everything that a nurse in any other industry does, we do. We do critical thinking. We have to have the right qualifications. We have to keep up with staff development…we have written guidelines, we have written protocols, we have manuals, we have standards to follow. So it’s no different from if you’re a nurse in other settings.”

School clinics also function as a safe haven for kids, a place where they can go not only for medical care, but to talk to a trusted adult about whatever is going on in their lives.

“We’re constantly listening, constantly, constantly asking questions, because if there are things going on with kids, we want to know about that. And even though we’re not the counselors, we’re not school social workers, we’re not school psychologists … if we pick up on some bread crumbs and we feel like a student needs to be referred or there’s something going on that we may not be able to manage under our lane, we certainly can intervene and refer them to those appropriate settings.”

Nacole and Lynne also talked at length about the vital role that school nurses play in the community. And so of course, COVID-19 came up. Lynne’s nurses have been working nonstop—both inside and outside of the schools in the county— since February, when Georgia had its first case in the school system. Lynne’s hands-on leadership style came through many times throughout the interview, but shined especially bright during this part of the discussion.

“I am the liaison between what’s going on with our public health entities and our federal organizations and bringing that information back to our school districts…who else should be at the table beside leadership? Your school nurses. We are nurses. This is our space. This is our area. That’s our lane…We are still communicating with parents, whether that’s virtually or by phone, to make sure that kids who have chronic illnesses are still [cared for] … We are also working as case investigators, which means that in this space now of COVID, we’re working with our public health department, because when there is a potential case, that has an impact or affects our school district, it is my school nursing team that initially finds out the who, what, when and how of getting that information and then talking that through with public health.”

Unlike some of the nurses we’ve talked to this season, Lynne has a true seat at the table with the leaders of her organization. She has a strong voice, and throughout her entire career, she has made sure that it is heard. But she recognizes that is not the case for all nurses, and she advocates for those who have not yet found their voice. She hopes simply that nurses get better at using their voices to communicate the value that they bring to their communities.

“We know nurses are unsung heroes, but it’s time for us to speak out. It’s time for the public to know the critical value that we bring. So my vision for the future of nursing is to continue to use our voice, to make sure that the public and all others understand what we bring to the health care setting.”

For SHIFT Talkers who are just starting out, or who are considering a switch in specialties, we encourage you to think about what Lynne has to say—and to consider school nursing as a potential path. And if school nursing, or even working in a community setting, is not for you, there’s still something you can take away from this episode. Leaders aren’t nurses with fancy titles. Leaders are nurses who want to make a difference.

Oh wait, isn’t that you?

Lynne Meadows has more than 30 years of nursing and health care experience. She received a BSN from Queens College and a MS degree in nursing from Georgia State University. Lynne had an extensive career at Grady Health System in Atlanta, Georgia, where she served in several leadership roles. She is currently the Coordinator of Student Health Services for the Fulton County School System—a role she has served in since the program’s inception in 2000. Lynne was named 2011 School Nurse Administrator of the Year by the Georgia Association of School Nurses and was named the March of Dimes 2017 Nurse Administrator of the Year. She participates in and has served on a host of health care and community boards, and she was recently appointed to serve on the Georgia Department of Education’s COVID-19 Mental Health and Wellness Work Group. As if all that weren’t enough, Lynne is also the State Director and State Data Champion for the National Association of School Nurses and Georgia Association of School Nurses. She is passionate about supporting pediatric health initiatives and elevating the practice of school nursing and school health.

Nacole Riccaboni is a board-certified RN and nurse practitioner with a passion for professional advocacy and community building. Over the past 11 years of sharing knowledge, she’s earned the trust of thousands of nurses.

Want to join the conversation?